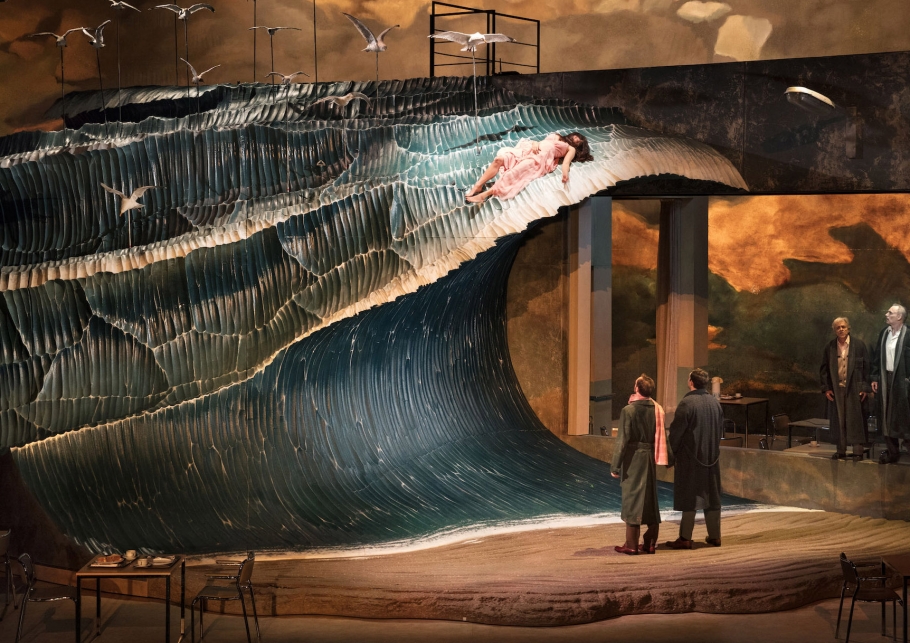 The Théâtres de la Ville de Luxembourg will present in April and May 2019:

After Chapters of the Fall (Chapitres de la chute), Arnaud Meunier proposes another epic, comic and desperate epic poem, freely inspired by several songs from The Aeneid by Virgil: I Took My Father on My Shoulders. This piece is the result of a commission placed with Fabrice Melquiot, an author whose texts impress by their power and their relationship to today's world.

Peeping Tom, the company founded by Gabriela Carrizo and Franck Chartier in 2000, has established itself firmly on the international performing arts scene. The world premiere of Kind in Luxembourg is the culmination of a three year partnership between Peeping Tom and the Théâtres de la Ville, which included (i.a.) the coproduction of the family trilogy (Vader, Moeder, Kind).

The Pearl Fishermen is a three-act opera by Georges Bizet, who is best known for his Carmen, but whose work is undeniably renowned for its musical qualities.

Mr Linh and His Child
by Philippe Claudel, directed by Guy Cassier

Monsieur Linh and His Child is a moving account of a man forced to escape his country with the little he has left. Guy Cassiers stages his adaptation of the novella by Philippe Claudel as a monologue. The production will be made in several language versions and in each language, a different local actor will perform.

Spanish choreographer Marcos Morau and his company La Veronal have already made their impact on two occasions. Siena – presented in 2016 – revealed the choreographer's technically ambitious movement vocabulary and the following year, his piece for the 7 doigts de la main’s Tryptique showed his brilliant theatrical talent. On their third visit to Luxembourg, they are presenting Pasionaria.

Gauthier Dance, the dance company of the Theaterhaus Stuttgart was last seen at the Grand Théâtre with Alice in 2015. Now they return with an evening that includes three productions with a central theme: the choreographers are all natives from Israel who today collaborate with major companies mall over the world.