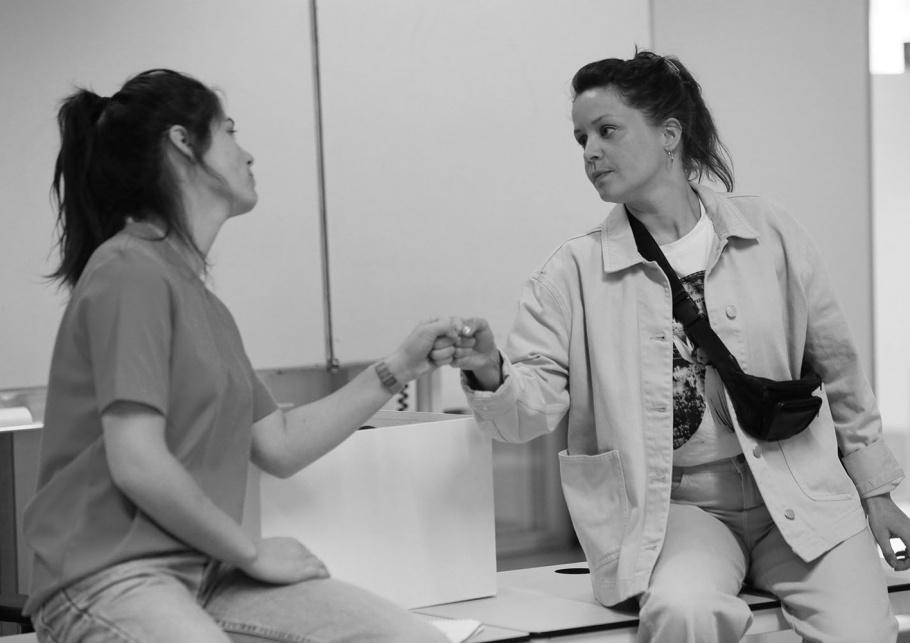 De Toneelmakerij is starting this adjusted season with two productions this month. The first is Sweet Sixteen (recommended age: 14+), our successful classroom play about suicide which has until now only been seen in schools. Sweet Sixteen was first performed in 2019 and won the prestigious Zilveren Krekel prize the same year. The jury stated: “The interplay between the two [actresses] is breath-taking. We witness how Dunya enters an emotional confrontation with her deceased sister Dido in her head. Casper Vandenputte’s text gives her plenty of room for her doubts, fears and emotions.”

Furthermore, De Tantes (The Aunties) from 2015 will make a return. De Tantes won two prizes: the jury-chosen Gouden Krekel, as well as the audience-chosen Zapp Theaterprijs. The Aunties is an exuberant performance for everyone aged seven years and older, with doors that slam, men who play women, jokes that hurt and a child who needs to survive. And it addresses the bigger question: Who is raising who?