Optimism and Hope for the Future at Kardzhali Theater

News about opening to audiences in Bulgaria. 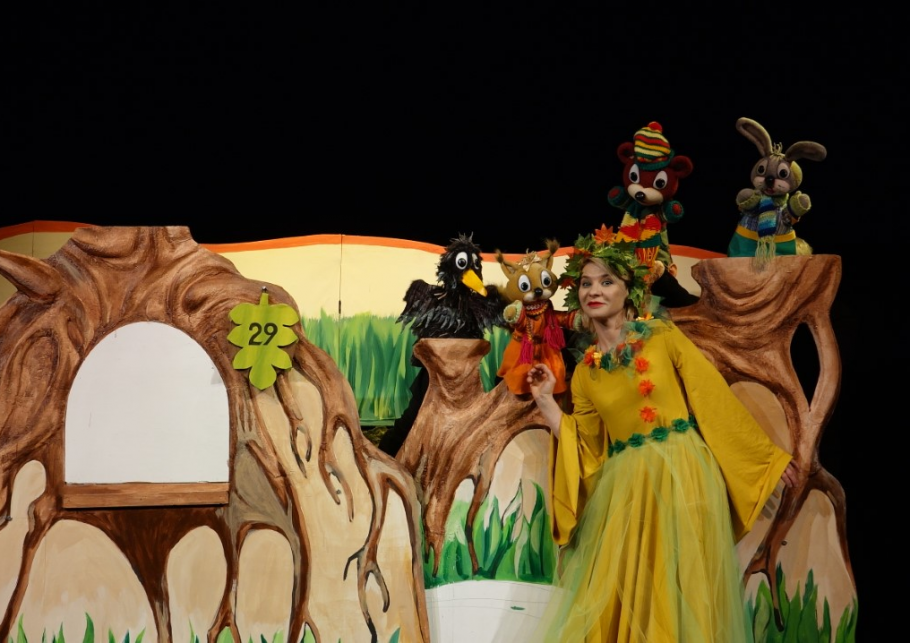 In the continuing complicated situation due to COVID-19 worldwide, despite the difficulties in the sector and the imposed restrictions for 30% capacity, according to the order of the Minister of Health of the Republic of Bulgaria, the actors from the Theater and Music Center - Kardzhali enjoy live contact with the audience.

Days before the First Spring TMC - Kardzhali raised the curtain for its latest title "Spring". The show was created under the Creative Initiatives Program at the National Culture Fund and is intended for children. Author and director is Mila Velikova. Scenography - Tomiana Tomova-Nacheva, music - Petar Radevski.

On the eve of the International Theater Day, the musical of the Azerbaijani composer Uzeyir Hadjibeyli "Arshin Mal Alan", already known to our audience, was presented on the big stage. "This was the long-awaited premiere in Bulgarian, after the show already had its presentation to the public in Turkish," said the director of the play and director of TMC-Kardzhali Galab Bochukov. The production is by the chief director of the State Academic Opera and Ballet of Azerbaijan Hafez Guliyev. Scenography and costumes by Tomiana Tomova-Nacheva. The music was provided free of charge by the orchestra of the State Academic Opera and Ballet of Azerbaijan.

Read more on the Theater and Music Center Kardzhali website