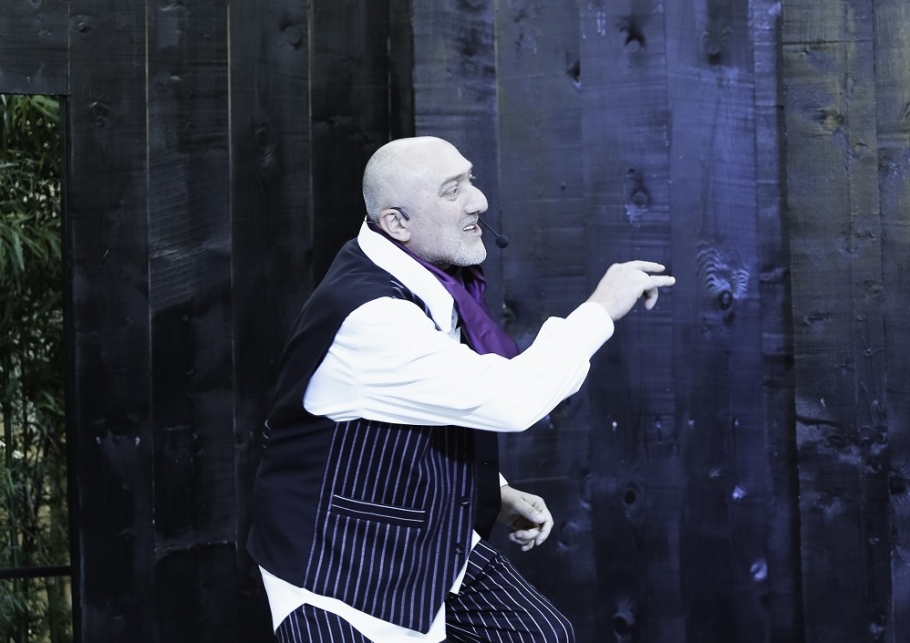 On October 10, 2020 Kutaisi Lado Meskhishvili Professional State Drama Theatre opened its 160th jubilee season. According to the Covid-19 regulations, the opening event took place in the open air, on a new stage of the Green Theatre, built this summer in the courtyard of the Meskhishvili Theatre. In the beginning, the artistic director Konstantine Abashidze greeted the public and delivered a speech where he emphasized the importance of the new space and the new challenges the theatre is facing. After which an excerpt from the premiere - You Majesty - the performance based on Nugzar Lortkipanidze's play, directed by Konstantine Abashidze, was shown to the audience - a monodrama, played by the actor Zviad Svanadze.

Keti Mamukelashvili presented her monograph "Ephro Kldiashvili", the chairman of the Theatrical Society of Georgia Giorgi Gegechkori addressed the audience and the annual award ceremony began. This event is traditionally held on March 27. Many theaters were nominated and awarded for "Best of the Year". Meskhishvili Theatre is proud to have lots of achievements this year: Sulkhan-Saba Orbeliani Award, the title of the Ambassador, Anzor Kherkhadze, Medea Japaridze and Giorgi Shavgulidze awards and Dodo Aleksidze Prize. Also, 11 employees were awarded the title of Amagdari - the great carers of theatre.