STAGES, a multi-million-euro project co-funded by the European Union, will test experimental solutions to the biggest challenges posed by the climate crisis in touring, theatre buildings, and during the creative process. 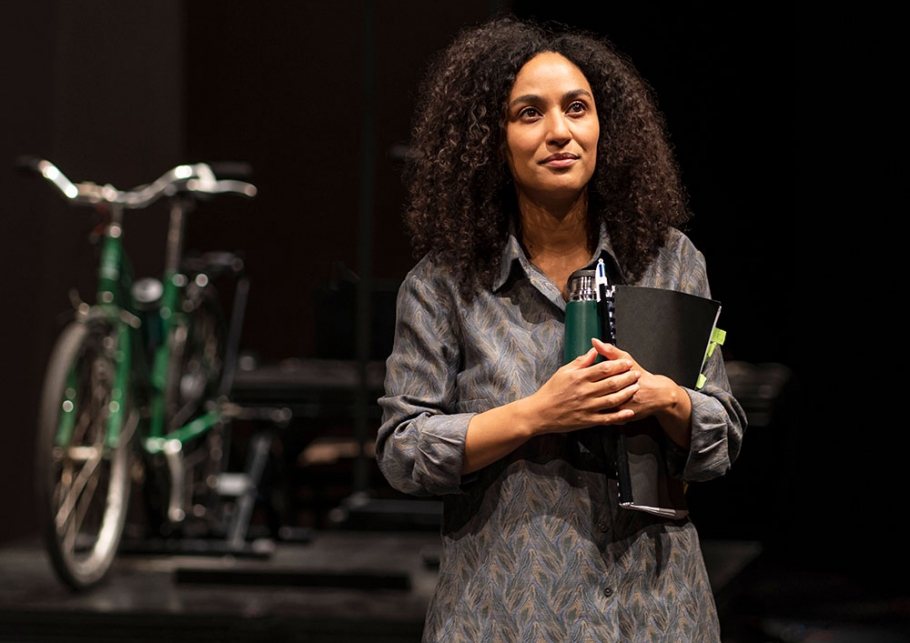 STAGES will launch with a conference-debate during the Festival d’Avignon on Friday 15 July. MORE DETAILS

A group of leading theatre organisations in Europe have embarked on perhaps the most ambitious sustainability experiment in culture to date.

STAGES - Sustainable Theatre Alliance for a Green Environmental Shift, which has just been supported with 2 million Euros in co-funding from the European Union, will see 14 influential partners (full list below) spend the next four years testing radical solutions to the biggest challenges posed by the climate crisis.

The project comes as theatres urgently require new ways to become resilient and inclusive after two years of the pandemic and recognise the clear need to make up for lost time in implementing the 17 UN’s Sustainable Development Goals (SDGs). 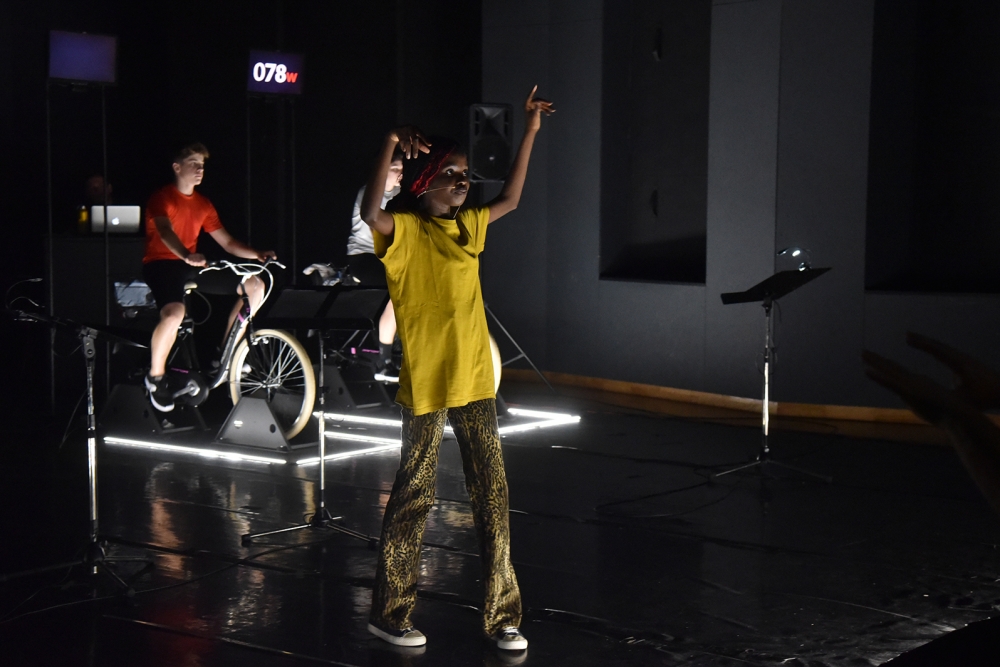 STAGES builds on work by Théâtre Vidy-Lausanne, one of the 14 STAGES partners, which has spent several years examining the possibility of using the ‘Doughnut Economics’ concept – which creates a framework for humanity to thrive, while also saving the planet – in the theatre-making process.

The theatre had previously teamed up with British director Katie Mitchell and French choreographer Jérôme Bel to test the radical possibility of creating a show about the climate crisis and staging it in Lausanne, without having any artists travel anywhere. Both artists had made high-profile pledges to no longer travel by plane.

At the same time, Vidy-Lausanne turned the Doughnut Economics ideas into an auto-analysis process for theatre, in partnership with the Competence Centre in Sustainability at the University of Lausanne.

The STAGES partners have now taken both elements of this process and will scale them up across Europe, connecting with partners in academia and a leading European theatre network to shift how theatres and audiences engage with the concept of sustainability.

The STAGES partners commit to re-thinking touring processes by re-staging the two performances created by Mitchell and Bel for Théâtre Vidy-Lausanne, using local casts, local sets, and even electricity generated on-stage. They are:

The process begins from the same script, shared among the partners, which comes with added directions and footnotes. Some of the casting, text or music elements are required, while some are open for local adaptations.

Each local creative team can make use of the advice and resources (on topics such as using energy generated on stages) during their own re-staging. 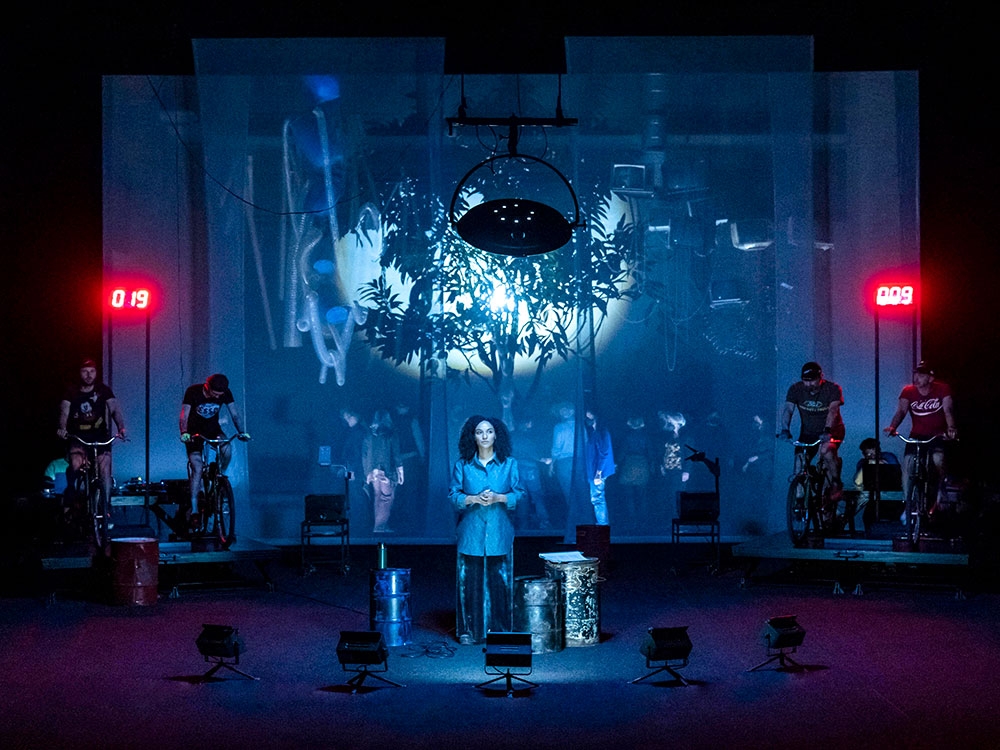 The first year of the STAGES project will also see partners undergo a deep and holistic analysis process of their entire activity, using the newly-adapted doughnut process.

They will set out a snapshot of where they stand on issues such as audience and staff travel to the theatre, accessibility (physical and financial) to their performances, the food they offer, the work-life balance among staff, the political positions taken by the theatre, the ethics of sponsorship, and many others, setting out targets and obstacles.

The results of this auto analysis period will be collected and disseminated across Europe to highlight the commonly identified areas – and obstacles – to change. The auto-analysis tool will also be shared for the wider European theatre sector to use in 2023.

The STAGES project encourages partners to develop collaborations between artists, scientists and audiences in participatory spaces for reflection and discussion on ‘possible and desirable futures.’

These will take the form of a series of annual ‘Forum’ events. The events will be a laboratory for reflection and artistic experimentation for a future in transition. The first Forum will be on the topic of Space and Territories, hosted by Theatre de Liege and NTGent in November 2022. The next topics will be on Creation and Production, then on Circulation and Diffusion.

STAGES partners have also been able to use their influence and Cross-European connections to express solidarity with Trafó, the project’s Hungarian theatre partner, through a period of immense financial difficulty.

The theatre kept all of its funds in a bank that changed ownership in the 2010s and became Russian-owned. As a result of the Russian invasion of Ukraine, the bank was suspended and Trafó was completely cut off from its resources.

To provide the funds needed to continue participating in STAGES -- and to remain a key part of a vital cross-Europe collaboration project -- half of STAGES partners have agreed to share a section of their project funds with Trafó House of Contemporary Arts (Hungary). This solidarity will allow the theatre to produce the adaptation of the play Jérôme Bel, also co-produce an additional show in the second half of the project.

“STAGES has a focus on social and environmental sustainability which is especially relevant for theatres in the context of the Covid19 pandemic, as institutions across the continent seek new ways to be resilient and to re-establish a relationship with audiences that have lived through immense social challenges.

“It also attempts to answer a difficult question: Is it possible for theatres to continue their essential face-to-face work with audiences around the globe — without further increasing the burden on the earth? And at the same time, can the wide-reaching power of culture be used to amplify the ambition, creativity and ingenuity displayed during the STAGES journey to change the way everyone interacts with sustainability?“

European theatres know they must act quickly across all aspects of their work to fulfil the UN’s Sustainable Development Goals. The good news: the sector has already come together for radical experiments on stage and in their buildings to make those changes happen now.

Join leading theatres around Europe and experts from UNESCO and Creative Europe as they reflect on how policies like the EU Green Deal and tools like the Theatre Green Book and the ETC Sustainable Action Code are pulling theatres towards ambitious climate targets. Dissident theatre maker Lara Staal will stretch the sector even further with a vital artistic intervention.

The conference-debate will then launch STAGES (Sustainable Theatre Alliance for a Green Environmental Shift), a never-before-seen theatre experiment in sustainability. This large-scale European project, led by the Théâtre de Liège and co-funded by the EU, will see 14 influential theatre partners tour of urgent new performances around Europe and as far afield as Taiwan -- without moving any people or items. The partners will also undergo a new auto-analysis process to identify necessary changes in areas such as building design, audience travel and work-life balance; and test a series of participatory events and workshops -- bringing scientists and local audiences into the creative process.

Conference attendees will also get an insight into the major sustainable developments at the National Theater & Concert Hall - 國家兩廳院 (Taiwan), as part of the STAGES programme, which is shaped by the ‘Doughnut Economics’ concept by British economist Kate Raworth.