A co-production between The National Theatre of Prague and the Theatre National de Bretagne. 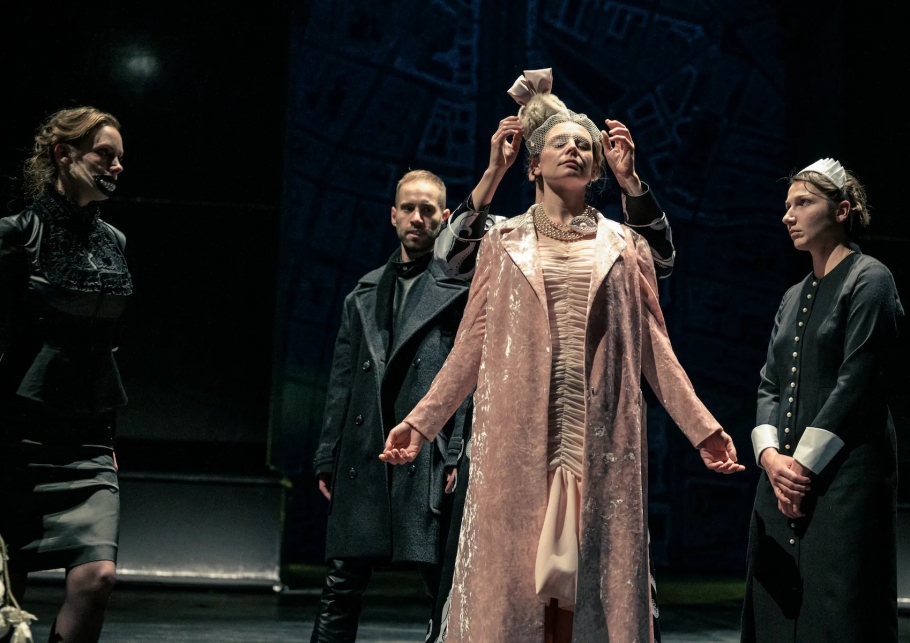 A co-production between The National Theatre Prague and the Theatre National de Bretagne.

The performance is now available for touring.

In La Ronde, exploring the nature of our desires, author Arthur Schnitzler holds up a stark mirror to the pretence that separate men and woman. Ten scenes, ten encounters: seduction, lovemaking, and parting. Published in 1903, this immense literary success by Arthur Schnitzler, a major writer, caused a scandal. Censored in 1904, it was later the pretext for such antisemitic persecution that the author himself had it banned from being performed. Often treated as a light-hearted boulevard, it tells the story of to what extent the intimacy of the bedroom is a matter of class relations.

Against a backdrop of rising fascism, anchoring his show in the 1930s, Arthur Nauzyciel unfolds this fable between reality and dream to portray a moment of upheaval. One world flees. Another appears, unknown and disturbing.

Created in the Czech Republic, this show brings together 10 actors and actresses from the National Theatre of Prague. It follows on from two previous productions by Arthur Nauzyciel: Thomas Bernhard's Place des Héros (Comédie-Française, 2004) and La Dame aux camélias, based on Alexandre Dumas fils (TNB, 2018).

The production is one of the first times a foreign director created a show with the NT Prague ensemble, and has been praised for breaking down artistic barriers between the two countries.

With the actors and actresses of the National Theater of Prague