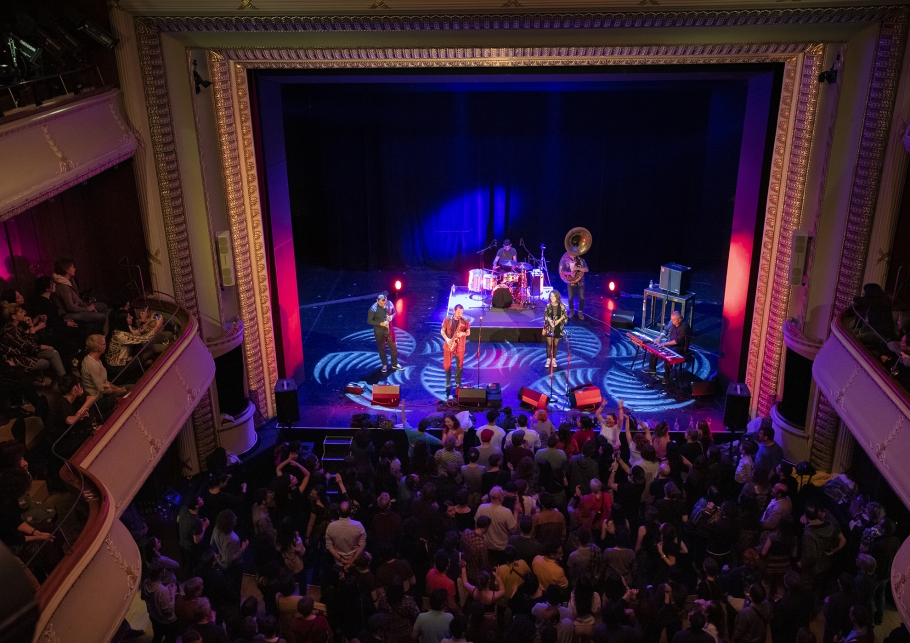 On 18 March, it was announced that the Heidelberg Stückemarkt festival 2020 will not take place. Nevertheless, participating artists will be honoured. The Manfred Lautenschläger Foundation is increasing the prize money from 10,000 to 12,000 euros which will be distibuted equally among the six nominees for the Author's Prize.

The Heidelberg Stückemarkt festival will present the avant-garde of theatre for a 37th time in from 24 April to 3 May 2020: an extensive programme of world premieres of new plays from theatres and companies from German-speaking countries and the year’s guest country, Lithuania. Although still largely unknown in Germany, Lithuania has a lively, innovative theatre scene.
The festival hands out a number of awards: the acclaimed Autorenwettbewerb, a competition for emerging playwrights; the Jugendstückepreis, a prize for youth theatre, for which the festival continues its exchange with the Mülheimer Theatertage NRW; and the Nachspielpreis, established in 2011 to support German playwrights as they stage second, third or fourth new plays. The best production is invited to the Autorentheatertage festival at Deutsches Theater Berlin.

The festival also has a supplementary programme with discussions, concerts and parties, creating opportunities for encounters, networking and discussion between playwrights, theatre-makers and the public.