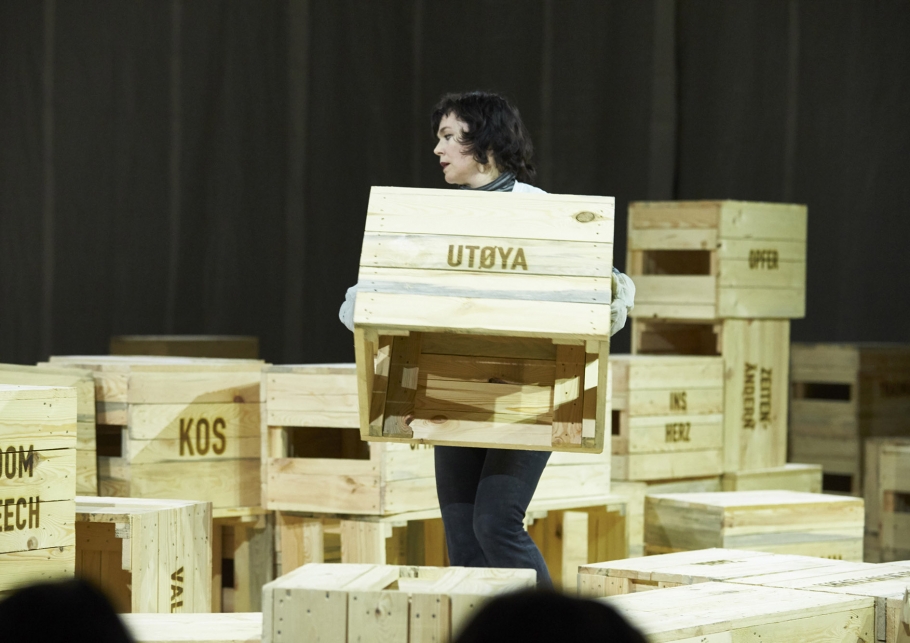 On 22 July 2011, a man kills 77 people in Oslo and on Utøya Island. Most of the victims are young people attending the summer camp of the Norwegian Workers' Party, the “political future of the country”. This act did not only traumatise Norway, but it shook the whole liberal world. The killer staged himself as a savior, who as a member of the Knights Templar Order wanted to save Europe from its "multicultural, cultural-Marxist and feminist" delusion, and point us onto the right path. In order to understand why this happened, the journalist and author Åsne Seierstad talked with both the survivors and the bereaved, and she delved deeply into the killer’s life. Her award-winning book One of us provides a painful realization: this man was “one of us”.

Through personal experiences and a variation of texts including Seierstad’s book, artistic director Erik Ulfsby, a German­–Norwegian ensemble and the two conceptual artists Lars Ø. Ramberg and Ditteke Waidelich try to approach the difficult legacy of the events on 22 July. Opposition to democracy, multiculturalism, feminism and globalization was clearly visible in the actions that day, but the same opinions are gaining ground around the world today. What makes our society so vulnerable to high-populist and authoritarian attempts?

The performance Einer von uns. Spurensuche nach dem 22. Juli 2011 premiered in Hannover on 20 March 2019 and will perform from 6 to 9 April and 8 to 10 May. In Oslo, it will be performing from 22 November 2019. The production is available for international touring from 2020.