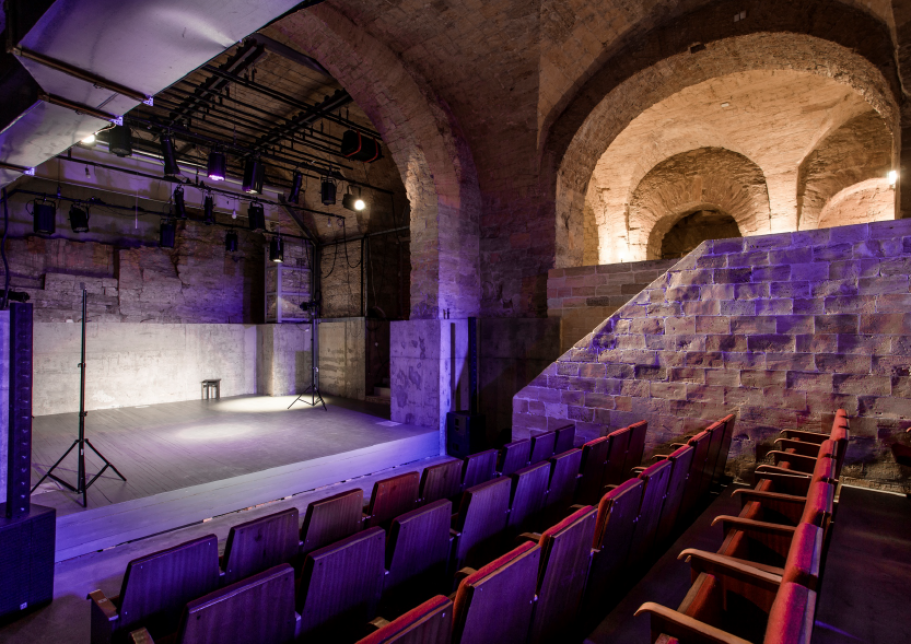 Theatrical Space TEO is located in the heart of the city of Odessa and has a colorful biography: it was built in the 19th century by the Italians, later served as a wine cellar for Madame Trubetskaya, and in the 20th century served as a military and food storehouse. A completely new life was given to this place in November 2017 – it was converted into a modern theatre space. The “theatre under the ground” TEO is called to make contemporary art closer to the audience of Odessa and become a place for a personal meeting of the artist with the viewer, who directly involved in its development.