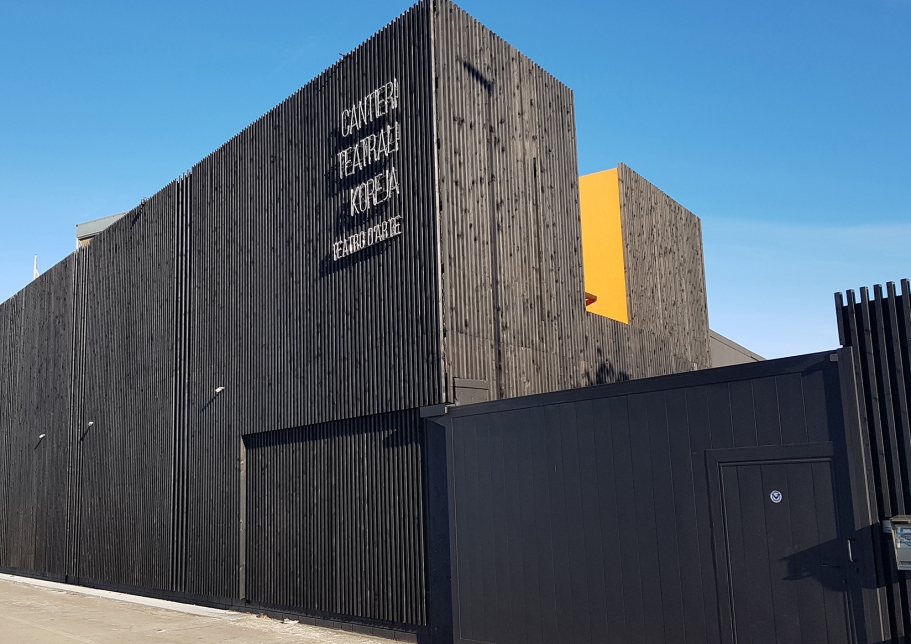 Teatro Koreja is a theatre company of Lecce, born in 1985. The first core of Teatro Koreja forms in 1985 in Aradeo with the name of Campo d'Azione Teatrale. The term Kreja is a stretch of the griko dialect in which koreya means “circular motion” that in turn comes from the ancient greek χορεια. The term is furthermore present in one of the writings by Jerzy Grotowski in which a koreja means exacly three in one: dance, music, singing.

Since the early days, the company is run by Salvatore Tramacere. The first group organises in collaboration with public bodies the International Festival “Aradeo e i teatri”, that hosts national and international artists. In 1998 Koreja moves its headquarters in Lecce in the suburb of the city, in the neighborhood of Borgo Pace. Here buys and restructures at its own expense a former brick factory, turning it in a home of the theatre: Cantieri Teatrali Koreja.

Since 2017 the theatre has a scientific committee composed of Eugenio Barba, Nicola Savarese and Franco Perrelli.