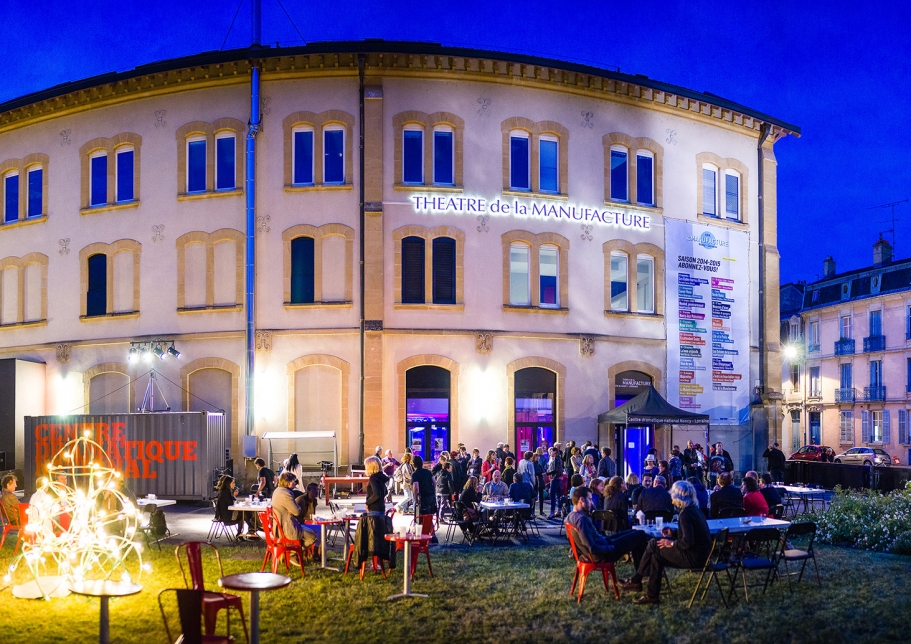 Théâtre de la Manufacture is one of the 35 French national drama centres (CDN). In France, CDN is a title awarded to a theatrical institution, which is closely related to the notion of public theatre. The Director of a CDN is nominated by the Minister of Culture and Communication.

Since January 2021 the Théâtre de la Manufacture has been led by actress and Director Julia Vidit. She is the founder of renowned company Java Verité, which explores theatre as a ‘game of conscience’. Her vision for la Manufacture is in part to reverse the normal direction of creation, by having authors create work in rural areas which will later be presented at the theatre.